Milcobel has largely renewed milk powder production and milk processing in Kallo via an expansion project in order to be able to meet an ever-increasing demand. This quantum leap was accompanied by an investment of approximately 85 million euros and the construction of a new tower building.

INDUSTRIUM was there from the beginning and performed a comprehensive energy study of the entire production process to produce milk powder and this in the context of the environmental permit application for this expansion in Kallo. On the other hand, INDUSTRIUM was closely involved in the engineering of the special techniques (a.o. HVAC and electricity) in the powder tower and the milk processing building.

Based on a detailed study of the existing situation (evaporator, powder tower and utilities) and a comparison with the best available techniques in the market, INDUSTRIUM worked out a more energy efficient solution.

In order to obtain milk powder as end product, after the milk processing (including standardization, homogenization, pasteurization and sterilization) the milk is first concentrated via a falling film evaporator. Then this concentrated milk is powdered in a spray dryer where the milk comes into contact with hot air blown into a cyclone. The milk powder is collected at the bottom of the spray dryer and filled.

For the evaporation process, the MVR technique (mechanical vapor recompression) was primarily chosen. By using this technique, steam consumption is greatly reduced and we work with electrically driven blowers (equipped with highly efficient motors). The drying air is heated with an indirect gas-fired heater instead of a steam and condensate battery.

In addition, the air is also pre-heated by means of a combined heat and power (CHP) unit specifically designed for this process.

Furthermore, many adjustments were made to the product flow so that as much cold as possible as well as heat is recovered during the process.

Finally, the HVAC in the tower building is dimensioned in such a way that the heat is removed in an energy-efficient way via free cooling.

All these efficiency measures will result in a total energy saving for the milk powder production of approximately 20% or 6,900 tons of CO2 on an annual basis. 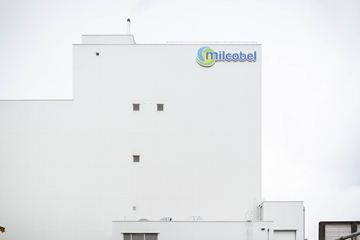 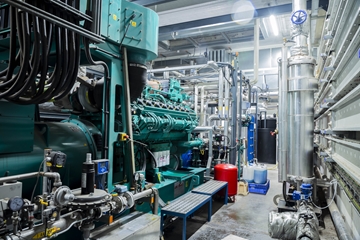 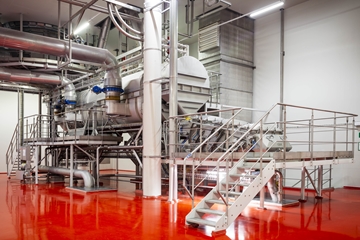 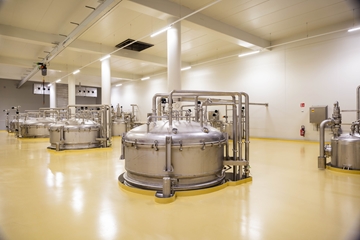 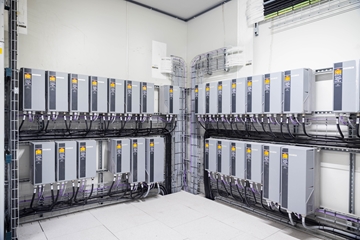 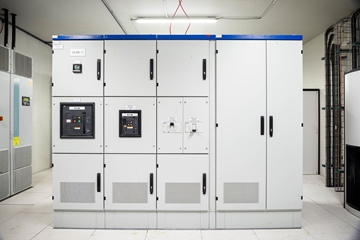 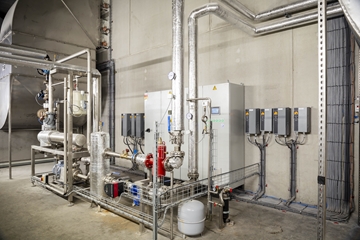 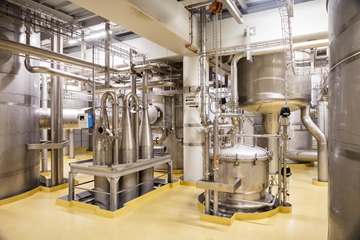 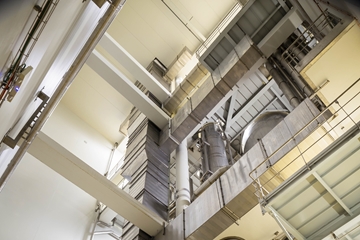 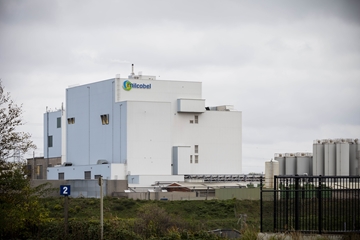