As part of the 'Over de Ring' project – the study into the quality of life around and roofing over of the Antwerp Ring Road – the City of Antwerp also commissioned a study into 'Water & Energy'. Ingenium was responsible for the heating networks section. 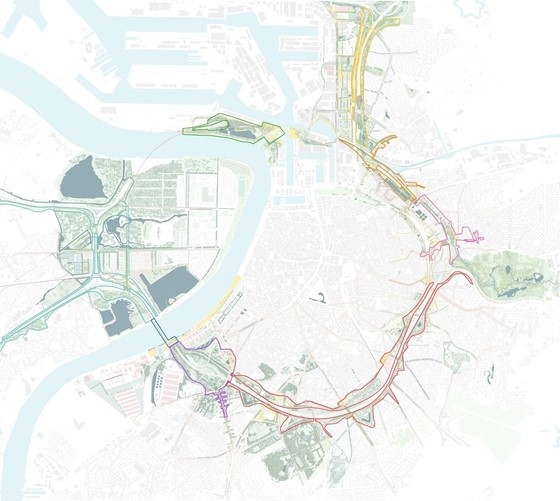 For better coordination of the current and future management of water and energy in Antwerp, an overall concept for water and energy – under and along the Ring Road – was required. This Ring Road zone can serve as a carrier of opportunities and a backbone for the entire city. The study sought to develop instructions for the water and energy aspects of the various projects being undertaken in the context of the new Oosterweel link and the adjustments to the Ring Road. Strategic continuity also had to be guaranteed, both spatially and in time. Arcadis was responsible for investigating the themes of water and energy, while we were able to use our many years’ expertise in district heating networks.

The first question was what role the Ring Road can play in the heating story, providing 'backbones' for transporting heat from the industrial zones in the north, west and south of the city into the city itself. We looked at the options for inter-connecting these networks and for connecting up buildings. We also mapped out the locations with the greatest heat demand in the city and along those routes.

We gave stakeholders general ideas about what a district heating network looks like and how it can grow. For the latter we applied the 'heat island strategy': starting with mini heating networks with temporary heat production, which can later be linked together to form a single large heating network.

Additional questions were what role the River Scheldt plays and whether or not the heating network should cross it, and where other waterways (such as the Albert Canal), metro routes or large gas or electric pipelines needed to be taken into account. 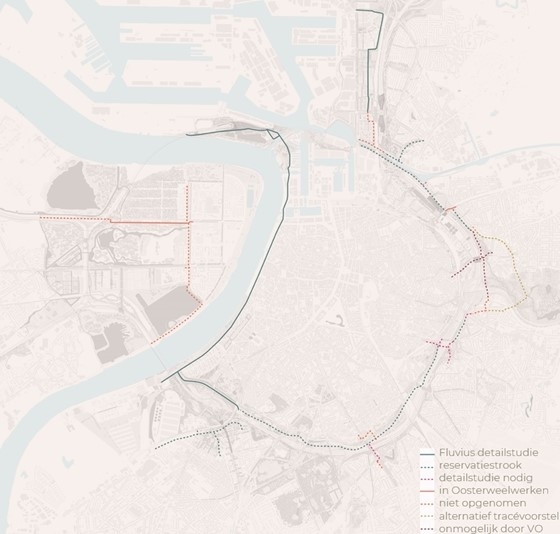 Once an urban development vision had been developed for each of the 7 Ring Parks and sub-projects had been selected, each design team was assigned a new Ring Park in which to go through the process up to and including implementation. Today – 2 years on – the preliminary design for each zone is ready. We worked intensely with all design teams in various sessions to ensure that a strip had been reserved for the heating network in the designs of their specific projects and to make allowance for the possible arrival of a heating network in all areas. In the meantime, the City of Antwerp developed an overall vision for the heating network, following our advice to first use the zones near the Scheldt from north to south as the backbone, and to use the Ring Road as a possible extension only much later.

ADDITIONAL HEATING PLANTS IN THE CITY

In 2020-2021 we undertook a feasibility study for the City of Antwerp (energy and environment department) for a heating plant and heat buffer in the historic SAMGA buildings at the Noordkasteel. At the end of 2021 we received a new assignment from the City, this time to investigate where new sustainable heat plants can be built in the city. These should serve to absorb the peaks in heat demand, as the residual heat from industry and incinerators will not suffice at those times to cover the entire heat requirement. The additional heating plants can also take over heat production when maintenance or expansion works are needed on (parts of) the central heating network.

The 'Over the ring' project is part of 'The Big Link', the future-looking project with which Antwerp and Flanders are building a city where it is pleasant to live, work, do business and visit. The book 'Over de ring – 5 jaar Toekomstverbond' provides an interim status report and can be read in its entirety via this link. The 'Water & Energy' study is discussed on pages 208 to 219.

Like to know more about the 'Water & Energy' study in Antwerp and/or the possible applications for other cities and municipalities? Please contact Joris Dedecker via 050 40 45 30 or joris.dedecker@ingenium.be